The Complete Guide to Capital One Chargebacks 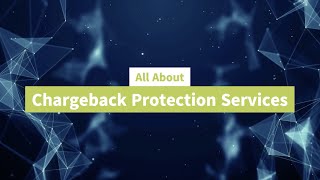 All About Chargeback Protection Services

Part of what makes the chargeback process so difficult to grasp for many merchants is the fact that there are so many different parties involved. The original requirements that the process must fulfill were established by the United States government through the Fair Credit Billing Act. Then each card network established its own rules for how chargebacks would work and updated those rules periodically over the years.

Meanwhile, it's the issuing banks who make the actual decisions when it comes to whether or not a chargeback should be granted in the first place and whether or not it should be reversed in response to the evidence submitted by the merchant.

As such, it's worth taking a look at how some of the issuers that merchants deal with most frequently handle their part of the chargeback process. One of the largest issuers of credit cards in the United States is Capital One. Let's take a closer look at Capital One chargebacks and how they might differ from those originating from other issuers.

Capital One launched in 1994 as a corporate spin-off of its parent bank, specializing in a single financial product: credit cards. Capital One's personalized marketing techniques and extensive TV advertising have grown its brand awareness to the point of ubiquity, and its high credit limits and early adoption of new technologies have made it widely popular with customers, especially those of younger generations.

This has led the bank to become one of the largest credit card issuers in the world. As of 2020, it was ranked 3rd by number of active accounts, behind Citibank and JPMorgan Chase.

While Capital One has branched out into other banking and loan services, including becoming the second-largest auto loan provider in the U.S., credit cards are still its bread and butter, making up the vast majority of its revenue. Every retail merchant can expect that a significant number of the credit card transactions they process will involve Capital One as the issuer.

Like any good bank, Capital One is highly focused on creating positive and responsive customer service experiences for its customers. To many merchants, it can feel like an issuing bank’s idea of good customer service is to put up zero resistance to friendly fraud chargebacks.

This isn’t necessarily a fair characterization—fraudulent chargebacks are bad for issuers, too—but knowing how an issuing bank presents the chargeback process to its customers can help merchants understand how to prevent and respond to disputes.

How Does the Capital One Chargeback Process Work?

While most of the chargeback process is determined by the card networks, Capital One plays a significant role. When a merchant contests a chargeback from a Capital One cardholder, the bank reviews the evidence and decides whether to reverse or uphold the chargeback.

Capital One is an issuer for both Visa and Mastercard. All disputes involving Capital One cards will ultimately be governed by the rules established by whichever card brand is involved. In general, the chargeback rules for Visa and Mastercard aren’t substantially different. They both accept disputes for the same general reasons and provide the merchant with an opportunity to represent the charge. However, they operate via different workflows, use different reason codes, and have different deadlines for merchants and issuers.

In general, it’s a good idea for merchants to be familiar with how the chargeback process differs between Visa and Mastercard, especially when it comes to deadlines. Merchants have 45 days to respond to a Mastercard chargeback, but Visa's time limit is only 30 days.

Capital One cardholders can file a dispute over the phone or by mailing in a form. Formerly, customers could file a dispute online by clicking a “Report a Problem” link next to the transaction in their online banking statement, however during the wave of chargebacks at the start of the coronavirus pandemic, Capital One removed this option in an effort to reduce the number of chargeback claims it had to process.

Once a cardholder files a dispute, Capital One issues a temporary credit to their account and places a credit line hold for the same amount. At its discretion, Capital One may or may not remove the hold before the dispute is resolved.

Next, Capital One will follow the appropriate chargeback workflow for the card brand. Once it decides to escalate the dispute to a chargeback and withdraw funds from the merchant’s account, the merchant can either accept the chargeback or contest the charge with evidence that disproves the cardholder’s claims.

If the merchant chooses representment, Capital One will review the evidence and decide whether to uphold or reverse the chargeback. If any party disputes the outcome at this point, the arbitration rules of the governing card network will take effect. If the case goes to arbitration, the losing party will have to pay a substantial arbitration fee.

When a chargeback is accepted by the merchant or upheld after representment, the cardholder’s temporary credit becomes permanent and any related holds are lifted.

What Does Capital One Tell Its Cardholders about Disputes?

Capital One tells cardholders that the first thing they should do when they have a problem with a charge on their account is to contact the merchant. It also attempts to explain the difference between requesting a refund and filing a chargeback.

Cardholders who look up disputes or chargebacks in Capital One’s online support center are directed to a page that provides lots of information about how to dispute a charge and what cardholders can expect from the dispute process.

Capital One emphasizes the importance of communicating with the merchant before resorting to disputing a transaction. They advise cardholders that chargebacks are not to be used to “force” a refund when they are dissatisfied with a product or service and that they should always double-check suspicious charges to make sure that the transaction wasn’t placed by another authorized user.

Capital One also informs customers that chargeback claims often take a long time to resolve, specifically "more than 50 days." They even go so far as to provide cardholders with a form letter template for reaching out to merchants to question an unfamiliar charge or ask for a refund.

How Do Capital One Debit Card Disputes Work?

Capital One allows cardholders to dispute debit card transactions under certain circumstances but recommends that customers contact customer service instead if they suspect a charge is fraudulent.

Having expanded into traditional banking services, Capital One issues debit cards as well as credit cards. It lists the following as specific valid reasons for disputing a debit card transaction:

Dealing With Capital One Chargebacks

As one of the biggest credit card issuers around, Capital One is involved in a lot of disputes and chargebacks. Merchants who deal with a high volume of chargebacks may learn over time how to optimize their dealings with certain issuers—for instance, how to respond to inquiries or submit compelling evidence to get the most favorable results. Recording and tracking your chargeback data can make it easier to glean insights like these.

While it can be easy for merchants to take an adversarial view of the banks that throw chargebacks their way, it’s important to remember that every stakeholder in the payments ecosystem is best served by a system that prioritizes truth and accuracy.

The best way to avoid chargebacks from Capital One or any other issuer is by providing excellent customer service and the strongest anti-fraud defenses you can muster. You can also partner with a professional chargeback management service to prevent and fight chargebacks.

Expert chargeback analysts can look at all your available data to determine what aspects of your operations may be leading to chargebacks and can bolster your defenses against fraud. They can also fight and win most friendly fraud chargebacks with specific techniques for each issuing bank, giving you the best possible chance to win back your revenue.

How Long Do Customers Have to Dispute a Charge With Capital One?

Capital One allows customers up to 60 days to dispute a charge and provide any supporting evidence. However, there are some circumstances in which this deadline may be extended.

How Long Does a Capital One Chargeback Take?

A typical timeline is 60-75 days, although complex cases can take longer. Capital One's information for customers says chargebacks may take "more than 50 days."