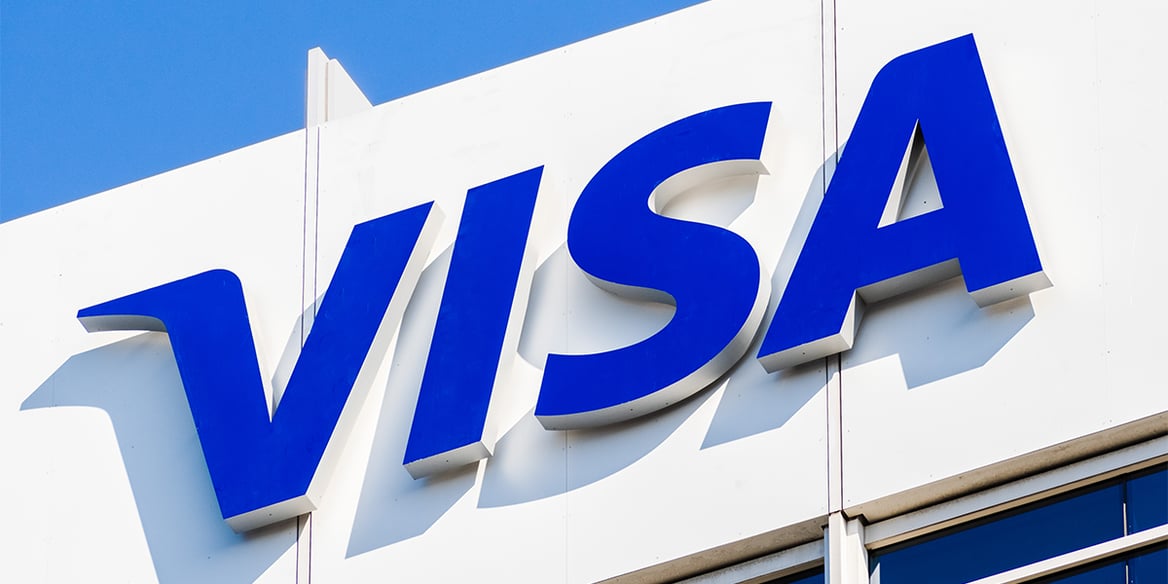 Visa is the world’s largest card network, with an annual purchase volume that exceeds $1 trillion. Nearly every merchant that accepts credit cards accepts Visa, and so it is vitally important for merchants to understand Visa’s chargeback rules, especially as they relate to fighting fraudulent chargebacks that come through the Visa network.

A solid grasp of these rules can help merchants win disputes, prevent chargebacks, and lower their chargeback rate. Of course, some of the rules are more relevant to common chargeback situations than others. What are the most important things for merchants to know about Visa chargebacks?

What are Visa Chargebacks?

When a cardholder files a dispute with the issuing bank that provides their Visa-branded credit card, the transaction becomes a Visa Chargeback, also known as a Visa Dispute. A transaction can be disputed whether it was made online, in person at a retail store, over the phone, or via mail.

Each chargeback is assigned a reason code that explains the justification for the chargeback, and Visa groups its various reason codes into several broad dispute categories.

Visa’s rules allow merchants to fight chargebacks by re-presenting the transaction; this is chargeback representment. Visa specifies compelling evidence which must be included with the representment in order to prove that the chargeback should not have been granted. If the issuer accepts the merchant’s evidence, they will reverse the chargeback. If the parties involved in the chargeback do not accept the outcome at this point, Visa will decide the matter in arbitration.

Why Does Visa Accept Chargebacks?

Accounting to the Fair Credit Billing Act, consumers using their credit card to engage in a transaction have the right to file a dispute on any transaction they engaged with the merchant. The bill was introduced to protect consumers from merchants engaging in unfair billing practices.

The origin of chargebacks goes back to the Fair Credit Billing Act. This legislation, which became federal law in the United States in 1974, was created to address consumer concerns about a new financial product: the credit card.

The purpose of the FCBA was to protect cardholders from fraud and unfair billing practices. Among other reforms, the legislation granted cardholders the right to dispute fraudulent or incorrect transactions.

There are some specifics in the FCBA—for example, it establishes 60 days as the minimum timeframe to dispute a charge—but for the most part, it allows card networks and issuing banks to create their own procedures for handling chargebacks.

The existence of chargebacks allows consumers to feel more confident using their credit cards freely, knowing that they won’t be held responsible for the actions of identity thieves, deceptive merchants, and other fraudsters. However, the chargeback process also has loopholes that can be exploited, allowing cardholders to commit—sometimes unintentionally, often purposefully—so-called “friendly fraud,” when they obtain a chargeback by making false claims.

Note that debit card chargebacks are dealt with under a different piece of legislation, the Electronic Fund Transfer Act of 1978. Debit chargebacks sometimes carry different timeframes and liability caps.

What is a Transaction Receipt Request and are You Responsible for Them?

A transaction receipt request is when a cardholder does not recognize a transaction on their credit bill and requests the related receipt from their issuing bank. The issuing bank will then try to clarify the transaction and, if they cannot do so, send a "request for copy" to the acquiring bank.

Depending on who stores these receipts (you or your bank), someone has to provide the receipt to fulfill the request. In a Visa chargeback, however, there are two ways to do this, depending on your merchant type:

Once a cardholder makes a request for a receipt, the acquiring bank has 30 days from the request date to produce it. If your banks needs to get that receipt from you, they will send a request with a deadline. The receipt is then faxed to the issuing bank and the cardholder.

Responding to receipt requests can help merchants reduce chargebacks. On the one hand, cardholders with legitimate confusion will find clarity in the purchase and not take drastic action. On the other, fraudsters attempting to commit friendly fraud may be deterred if the receipt is readily produced.

What are the Visa Dispute Categories?

This includes transactions where an available EMV chip was not used for authorization, where stolen payment card credentials were used in a card-present or card-not-present environment, and transactions flagged by the Visa Fraud Monitoring Program.

Disputes in this category include transactions processed without an authorization, with a declined authorization, or where a Card Recovery Bulletin was ignored.

This category tends to deal with issues that can crop up between the customer and the merchant, such as: merchandise or services not received, recurring transactions that the cardholder attempted to cancel, merchandise that is counterfeit or defective, merchandise that does not match the product description, failure to process a refund credit, and other merchant misrepresentations.

Why Do Visa Disputes Occur?

By looking up the reason code assigned to each Visa chargeback, merchants

can understand the general outline of the cardholder’s claim. However, every merchant is different, and to understand the specific causes behind each chargeback, you must carefully examine the transaction details and other chargeback data and draw the logical connections between the dispute reasons and the processes or product issues that are leading to them.

Misleading marketing is a frequent cause of chargebacks. Some merchants make big claims and promises in their sales and marketing materials that their products can’t really live up to. Consumers have chargeback rights in this circumstance, and merchants may not be able to fight them.

While purposeful friendly fraud chargebacks are common, some cardholders will file these chargebacks without ill intent when they see a transaction they don’t recognize on their bank statement. This is often the case when merchants use descriptors that do not match their familiar branding or business name.

True fraud chargebacks occur when a fraudster obtains credit card payment credentials, either by stealing them directly or by acquiring numbers harvested from data breaches on the black market, and uses them to make purchases.

These chargebacks cannot be fought and are difficult to prevent, but anti-fraud tools and rigorous security protocols can work to reduce them.

Authorization and processing chargebacks are often caused by merchants following outdated or erroneous procedures. Reviewing and updating these processes should suffice to eliminate these chargebacks, if you can identify the specific errors causing them.

What are the Most Common Card-Not-Present Visa Dispute Reason Codes?

While Visa allows a wide range of dispute reason codes designed to encompass all of the situations in which cardholders have chargeback rights, it is certainly the case that some chargebacks are much more common than others.

This indicates that the cardholder has claimed that they did not authorize or participate in a card-not-present transaction processed by the merchant. This is the classic case of true fraud in ecommerce where a fraudster uses a stolen card to purchase something for their own benefit.

This is also a common friendly fraud reason code, especially when the cardholder doesn’t recognize the transaction on their statement.

When a merchant processes a transaction where authorization was required but not obtained, the cardholder has chargeback rights.

If the cardholder believes that the amount they were charged was not what they agreed to pay, their dispute will be filed under this reason code. This can occur due to number transposition or other data errors when the transaction is entered for processing, or it may result for a misunderstanding about fees or taxes included in the final price.

Here, the cardholder is claiming that a single transaction was processed twice, resulting in a double charge to their account.

Poor communication between the merchant and cardholder about shipping and delivery times often lead to this kind of chargeback.

If a merchant processes a recurring billing transaction after the cardholder’s subscription or payment card account has been cancelled, the cardholder can dispute the transaction under this reason code. Merchants must always be careful to cease billing immediately when a customer terminates a subscription.

To meet the criteria for this reason code, the cardholder will have to state that the merchandise or services they received did not match the description provided by the merchant, or that merchandise was damaged or defective upon arrival.

These disputes can get into highly subjective territory when cardholders cite the quality of the merchandise as the justification, but some merchants set themselves up for these chargebacks by making grandiose claims about their products that they’re not actually able to fulfill.

Cardholders file these chargebacks when a refund credit or voided transaction receipt has not been processed by the merchant. These chargebacks can easily be avoided by processing credits promptly, as soon as possible after the cardholder has been notified that a refund will be given.

Similar to the previous reason code, this occurs when a cardholder cancels services or returns a product and does not receive a refund that they understand to be due. Once again, this is easily avoided by quickly issuing refunds, but it can also happen when a merchant has not adequately communicated their refund policy to the cardholder.

What is the Compelling Evidence Requirement for Visa Disputes?

Generally speaking, compelling evidence in a chargeback representation will consist of proof that the cardholder knowingly participated in the transaction and received the intended benefit thereof. Merchants have the right to submit compelling evidence for the 10.4 (Other Fraud—Card Absent Environment) and 13.1 (Merchandise/Services Not Received) reason codes.

The following evidence can be submitted for either reason code, when appropriate:

For the 10.4 reason code only, the following compelling evidence may also apply:

While the various card networks have similar chargeback processes, they differ enough in the details that merchants must have means of confidently navigating the many reason codes, evidence requirements, timeframes, and other variables that will impact their ability to fight chargebacks.

While guides like this can serve as a helpful reference for merchants, large or intractable chargeback problems may require more focus and specialized attention than smaller merchants can readily provide on their own. This is where chargeback management firms can provide valuable assistance, helping merchants navigate complicated card network rules to develop a chargeback defense strategy that can protect them from preventable chargebacks, no matter the source.

How Do Visa Chargebacks Work?

Much like other chargebacks, Visa chargebacks start with a cardholder dispute to their issuing bank, which then either accepts or rejects the dispute. It is then sent back through the credit network to the acquiring bank and merchant to potentially dispute or resolve.

How Do I Win a Visa Chargeback?

Does Visa Treat Chargebacks the Same as Refunds?

No. A chargeback on the Visa network is a forced reversal of a transaction that could impact the merchant negatively. Always attempt to resolve things directly with the cardholder if possible. 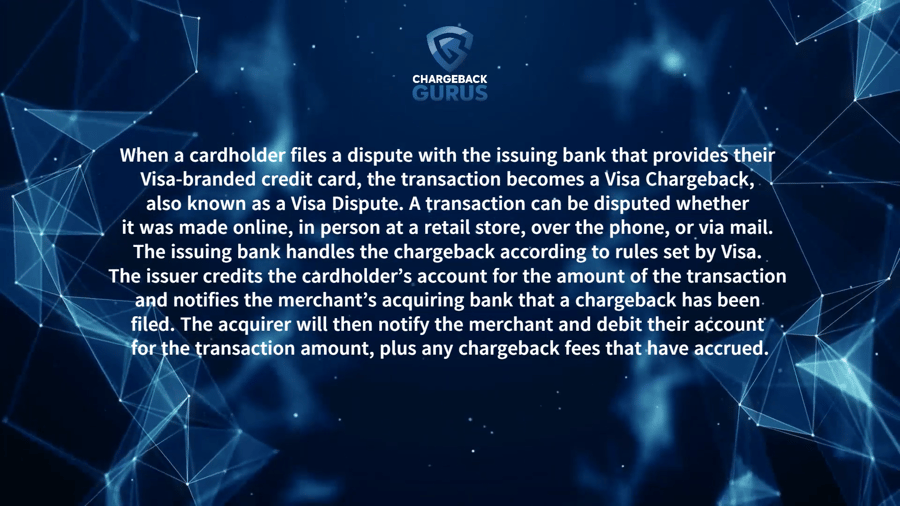 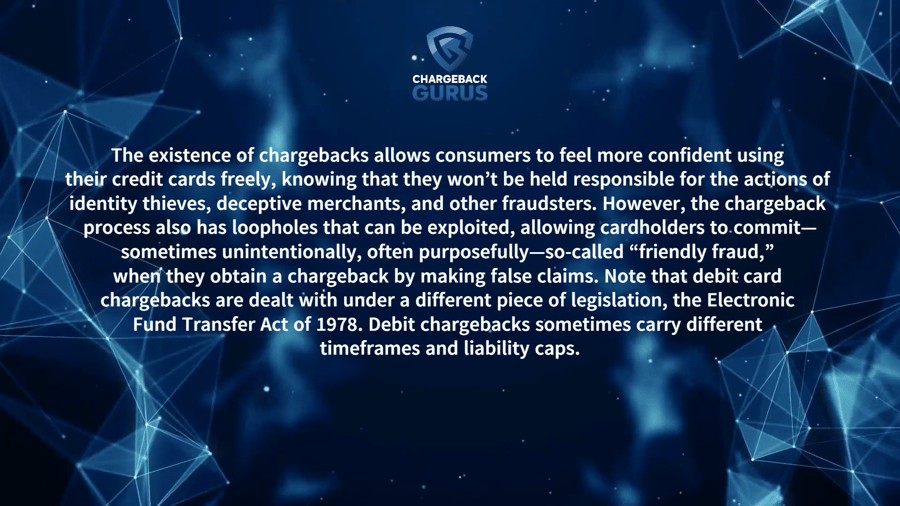 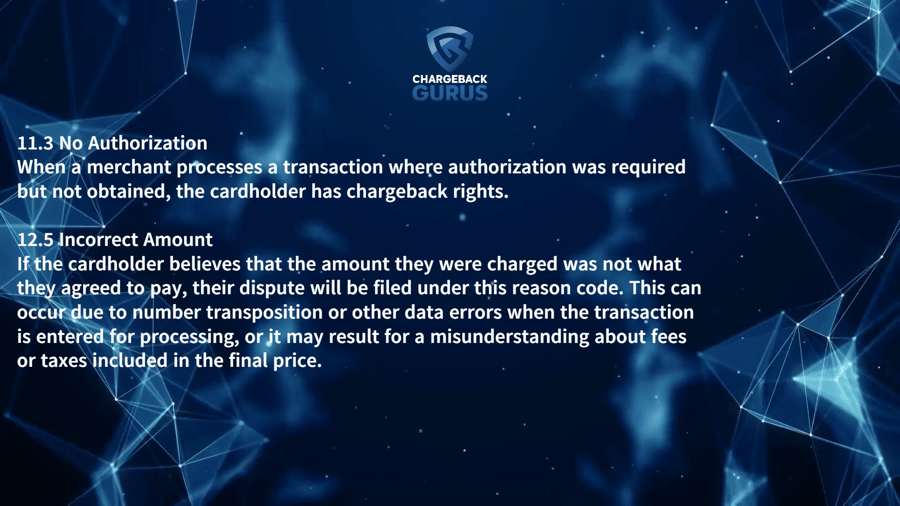 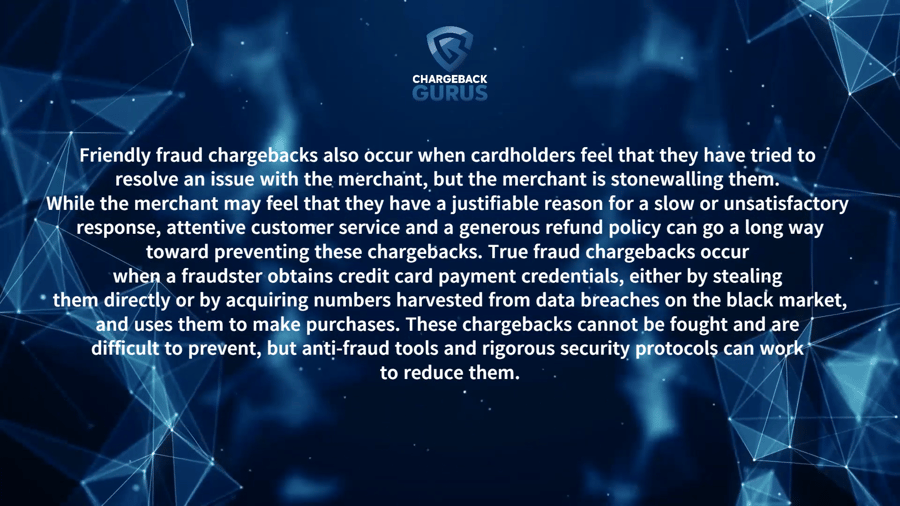 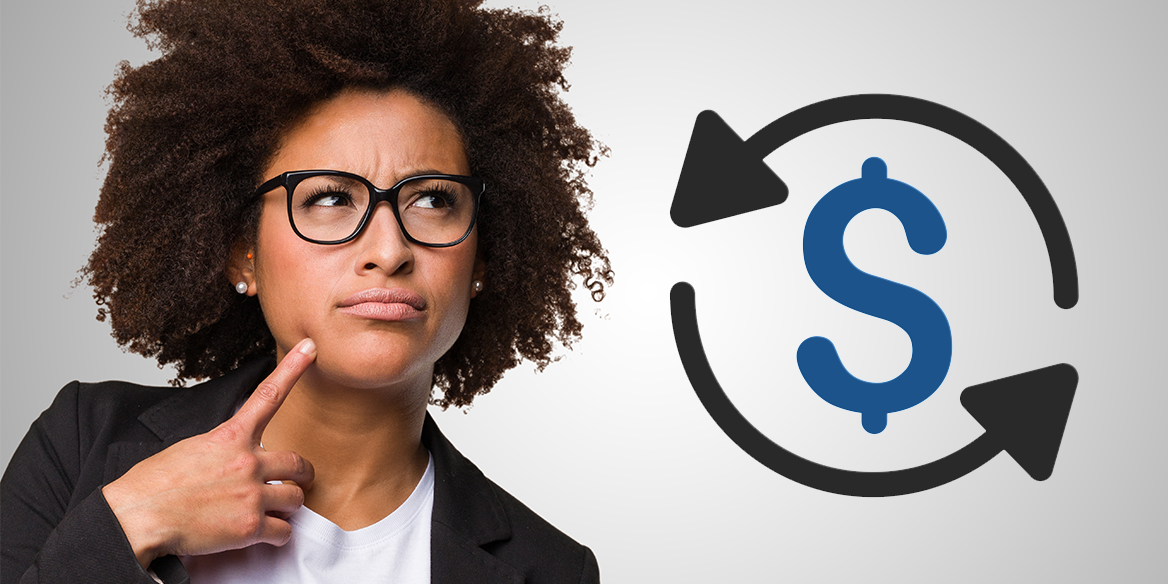 What is a chargeback? 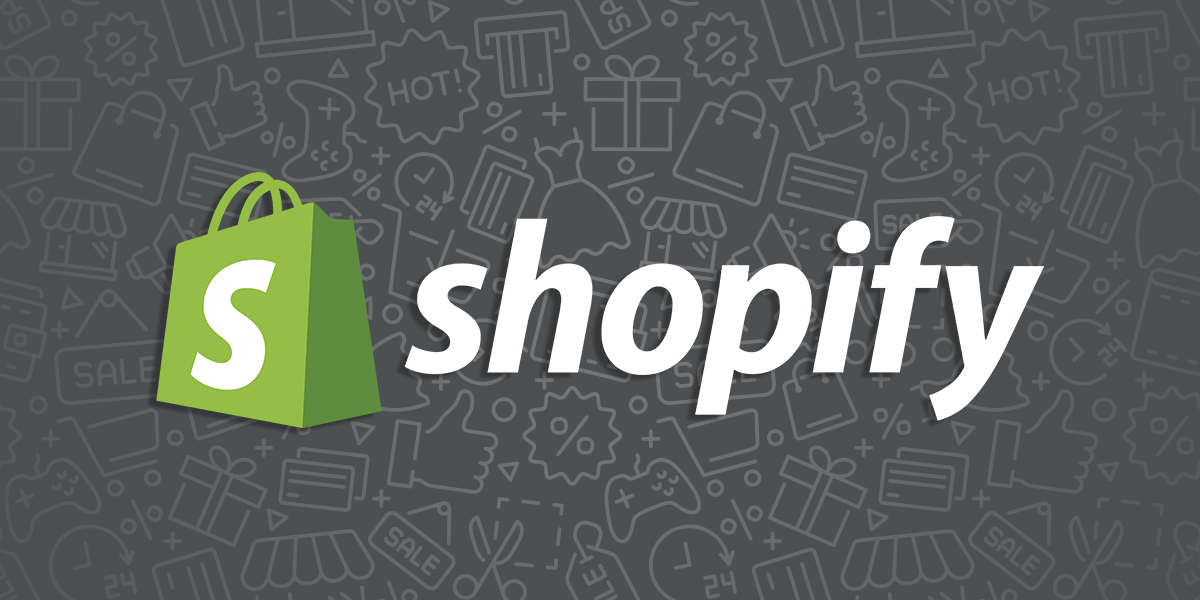