How to Handle Bank of America Chargebacks in 2023

Dealing with chargebacks can be complicated. Every card network has its own rules, its own process, and its own terminology. In addition, most stages of the chargeback process are handled not by the card network, but by the customer's issuing bank, and every issuing bank has different methods, priorities, and preferences.

One of the largest issuing banks in the United States is Bank of America, which is responsible for over 58 million credit card accounts. Any merchant who deals with chargebacks will have to deal with Bank of America from time to time, which makes it valuable to know exactly how the bank handles disputes.

If you're learning how to use Bank of America's platform to contest a chargeback, we have a step-by-step walkthrough that will guide you through the entire process. If you're looking for information about how Bank of America handles chargebacks in general, such as fees, deadlines, and how to respond to chargebacks filed by the bank, that's exactly what we aim to cover in this article.

An institution the size of Bank of America can be an intimidating opponent, but ultimately, you’re both subject to the rules imposed by Visa and Mastercard, and even big banks have a vested interest in following the rules and doing the right thing.

What Is a Bank of America Chargeback?

When that happens, the funds will be debited from the merchant's account along with an additional chargeback fee. The cardholder will receive a temporary credit for the amount of the transaction, which will become permanent if the chargeback is resolved in their favor.

In most cases, customers should contact the merchant to attempt to resolve any issues with them directly before disputing a charge, and Bank of America says as much on their website. The only situation in which a cardholder should immediately dispute a charge is when they're sure the charge is the result of fraud.

If a customer's card has been stolen, or if someone has gained unauthorized access to their card or account information, that customer is within their rights to dispute any charges resulting from that fraud.

Some chargebacks may be filed due to the customer not receiving the product or service they purchased, receiving a damaged item, or being accidentally charged twice for a single purchase. These issues can almost always be resolved more quickly and easily by contacting the merchant directly, but if the merchant is uncooperative, the customer may dispute the charge.

Unfortunately, some cardholders dispute charges for reasons that aren't legitimate—perhaps because they experienced poor customer service, or because they don't recognize a charge they authorized on their account statement. Some may dispute a charge simply because they feel they can get away with fraud.

What Is Bank of America's Chargeback Fee?

Chargeback fees at Bank of America range from $25 to $50 for each disputed charge. The specific amount a merchant will be charged can usually be found in their merchant agreement, and may vary depending on the industry, type of business, and risk assessment. 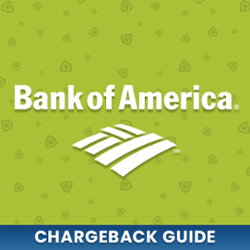 Acquiring banks charge these fees to cover overhead and to encourage merchants to issue refunds to customers who have legitimate problems.

If a merchant takes a chargeback case all the way to arbitration, additional arbitration fees will be charged to the losing party once the card network reviews the evidence and makes a final decision on the case. These fees can run as high as $500 and are paid to the card network. The card network's decision can't be appealed.

Bank of America instructs customers to contact the merchant to attempt to resolve the problem amicably before disputing a transaction. If the customer can't resolve the issue, they are given 60 days from the date of the relevant statement to open a dispute.

Bank of America allows customers to dispute a charge online, using the mobile app, over the phone, or by mail. When a dispute is opened, Bank of America issues a temporary credit to the customer's account for the amount of the disputed transaction. For credit cards, the balance and minimum payment will be adjusted accordingly.

If the customer wins the dispute, this temporary credit becomes permanent. If the merchant wins, the credit is removed. No fees or interest are charged to a customer who loses a dispute.

Bank of America reserves the right to dispute older charges, but they do not guarantee their customers an immediate credit for transaction disputed after the normal deadline.

What Are the Time Limits for Bank of America Chargebacks?

Bank of America gives its customers 60 days to dispute a transaction. The time limits for merchants to respond to chargebacks are set by the card networks: 30 days for Visa and 45 days for Mastercard.

Merchants who fail to respond to a dispute in time may be charged an additional fee. Bear in mind, however, that merchants who don't wish to fight a particular chargeback can simply respond by accepting it. While many chargebacks can be fought and reversed, those that are the result of true fraud can't be.

What Is Bank of America's Chargeback Process?

After receiving the evidence from the merchant, Bank of America must make a decision within 30 days for Visa chargebacks, or 45 days for Mastercard chargebacks. On the customer's end of things, Bank of America says that they may take up to two billing cycles, not to exceed 90 days, to decide a chargeback case.

Transactions in the chargeback process will not be considered delinquent by Bank of America while the chargeback is underway. However, the amount may be counted toward the customer’s credit limit.

Why It Pays to Fight Bank of America Chargebacks

The most important thing to know about fighting chargebacks is that you’re not just fighting for the mere dollar amount of the disputed charge. You’re fighting for a healthy chargeback ratio, for your company’s good reputation, and for all of the add-on fees and charges that make each chargeback end up costing as much as twice the original transaction amount.

Your best weapons against any chargeback are compelling evidence that shows you acted according to the rules, and a statement that concisely explains your reasons for challenging the chargeback.

Ultimately, chargebacks aren’t just about specific customer situations and individual disputes. They’re about your overall business practices, and whether or not they’re inadvertently creating friction, confusion, and conflicts that lead customers to file chargebacks against you.

Many chargebacks come about because of bad return and exchange policies, misleading advertising and marketing efforts, product quality issues, sub-par customer service, and other aspects of your business that can be identified and corrected. When you engage in chargeback analysis and study the root causes of your chargebacks, you can see in stark detail what you’re doing wrong and how you can do better.

Is a Chargeback a Refund?

A chargeback is not a refund. It is a reversal of the transaction by the bank due to fraud or merchant error.

What Happens if You Lose a Chargeback?

If a merchant loses a chargeback case, not only do they lose the product or service and the transaction amount, but they also lose money in the form of fees and wasted overhead (marketing, sales, etc.).

Chargebacks are legal in cases of fraud or merchant error. They are not for situations like customer dissatisfaction. 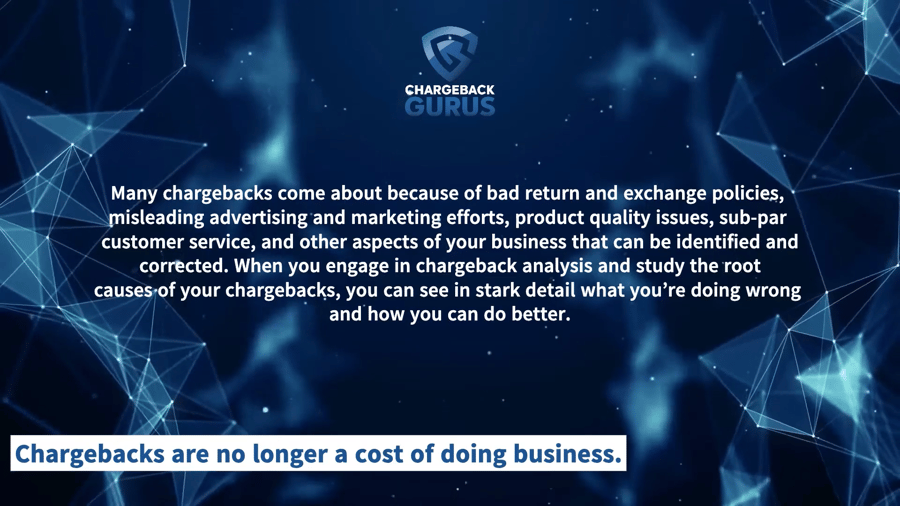 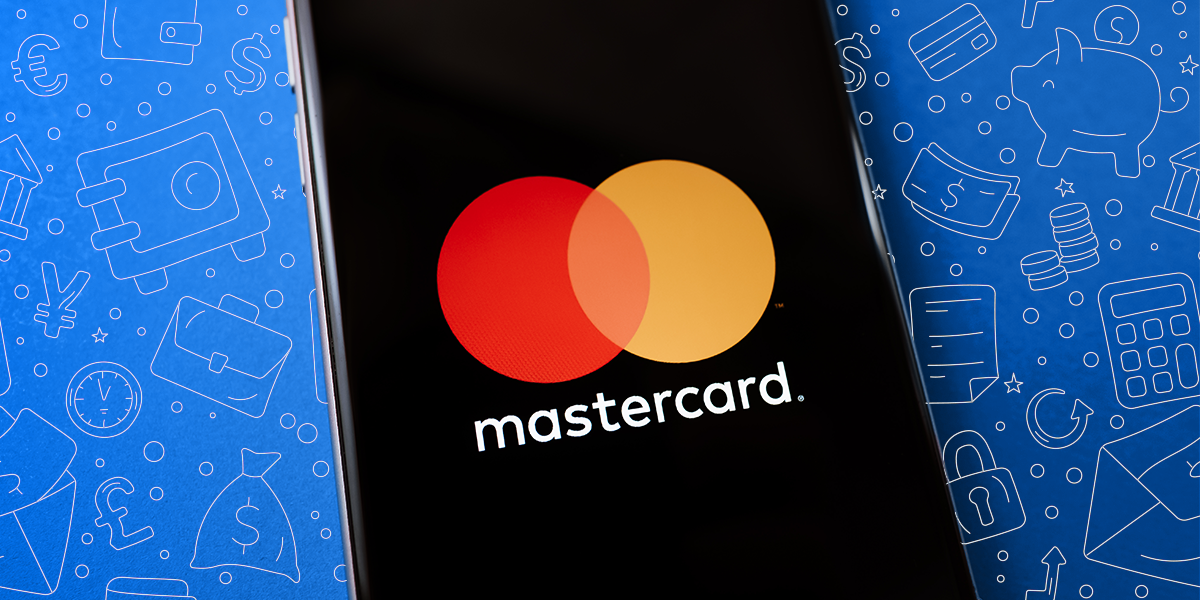