The major card networks have a vested interest in keeping the number of chargebacks and fraudulent transactions as low as possible. They want customers to be comfortable opening and using credit card accounts and using them to make purchases both in person and online. To that end, Visa monitors each merchant's rate of fraud and chargebacks and incentivizes merchants to keep those rates low through programs that impose consequences if a merchant's fraud or chargeback rate is too high.

Every month, Visa reviews dispute and fraud activity. If it finds that a merchant has exceeded the applicable thresholds, it will contact the merchant’s acquiring bank to develop a remediation plan.

According to Visa, the remediation plan should identify the root causes and address them with appropriate remediation actions.

It is the acquiring bank’s responsibility to formulate a remediation plan with the merchant, with the objective of reducing dispute and fraud rates until the merchant is no longer subject to the requirements of the monitoring program.

What Is the Visa Dispute Monitoring Program?

The Visa Dispute Monitoring Program (VDMP) is a system set up by Visa to incentivize merchants with high chargeback ratios to get the problem under control. Merchants who exceed Visa's dispute thresholds may be subject to fines.

Being in the VDMP means that Visa monitors your dispute activity and will require you to work with your acquiring bank to develop a plan to address your chargeback problem. If your chargeback ratio continues to exceed the threshold for four months, or if it exceeds a higher threshold, you will be subject to fines for each additional chargeback you receive.

When a merchant's chargeback ratio exceeds the thresholds Visa has established, Visa assumes that some error or deficiency in the merchant's business operations is responsible, and therefore requires them to examine the root causes of their chargebacks and take steps to prevent further disputes. The VDMP also has increasing consequences the longer the problem goes unresolved.

What Are the Thresholds for Enrollment in the VDMP?

There are two thresholds for enrollment in the VDMP: standard and excessive. Merchants with a dispute ratio exceeding 0.9% are enrolled at the standard level. A dispute ratio above 1.8% will result in enrollment at the excessive level.

Visa measures a merchant's dispute ratio at the end of each month, and only counts the first ten disputes for a given card number and a given merchant account, meaning a single cardholder disputing 30 different transactions in the same month would count as only 10.

To avoid punishing businesses with a low transaction volume for an increase in chargeback ratio that might be caused by just one or two chargebacks, there is also a minimum number of disputes a merchant must have to be enrolled in the VDMP.

Visa also has a lower threshold which, if exceeded, will result in merchants receiving a warning that they may be in danger of entering the program.

Merchants operating under certain high-risk MCCs may be moved to the excessive level at Visa's discretion when exceeding the thresholds for the standard level.

What Are the Fines Merchants Can Be Charged Under the VDMP?

No fines are levied at the early warning level of the VDMP. At the standard level, no fines are charged for the first four months. After that, merchants will be charged $50 per dispute. At the excessive level, these $50 fines apply immediately.

Starting at the tenth month of enrollment, an audit may be required and merchants outside of the EU may be subject to a $25,000 review fee.

After one full year in the program, Visa may exercise their right to cut off the merchant entirely, banning them from accepting Visa payments. A merchant's acquiring bank may also decide to terminate their merchant account due to excessive chargebacks.

While not all merchants will face this fate, being unable to accept Visa cards can often be the end of a business. As such, it's extremely important for merchants enrolled in the VDMP to do whatever is necessary to lower their dispute ratio and get out as quickly as possible.

How Do I Get Out of the VDMP?

Merchants can get out of the Visa Dispute Monitoring Program (VDMP) by staying below the standard dispute threshold of 0.9% for three consecutive months.

The most important thing for merchants to do is to work with their acquiring bank to come up with an effective plan to reduce the number of disputes they receive. This will require them to carefully monitor disputes and learn their root causes.

Visa provides specific recommendations for dispute monitoring. These include tracking card-present and card-not-present disputes separately (for businesses that engage in both types of transactions), tracking phone and internet orders separately, and tracking disputes according to the specific triggering conditions and remediation strategies that go with them.

Merchants subject to the VDMP may also benefit from enlisting the help of chargeback management firms that have experience, insights, and dedicated resources aimed toward analyzing the root causes of chargebacks and implementing proven strategies for preventing them.

Chargeback prevention alerts are one of the most effective tools for merchants looking to lower their chargeback ratio quickly. When a merchant is subscribed to these alerts, anytime a cardholder disputes a charge with an issuing bank that's a member of the alert network, the dispute will be briefly put on hold. The merchant will be notified of the dispute and given the chance to intervene by providing a refund to the cardholder, thereby preventing a chargeback.

While alerts aren't the most cost-effective way to prevent chargebacks long-term, they can start preventing a significant percentage of disputes almost immediately.

What Is the Visa Fraud Monitoring Program?

The Visa Fraud Monitoring Program (VFMP) is a system set up by Visa to incentivize merchants with high rates of fraudulent transactions to get the problem under control. Merchants who exceed Visa's fraud thresholds may be subject to additional fees.

The idea behind VFMP is to help merchants who are experiencing high levels of fraud. It isn't a penalty per se, but it does come with some limitations. Most notably, merchants in the VFMP may be automatically assigned liability in disputes related to fraud. Essentially, Visa stops giving you the benefit of the doubt.

What Are the Thresholds for Enrollment in the VFMP?

There are two thresholds for enrollment in the VFMP: standard and excessive. Merchants with a fraud rate exceeding 0.9% are enrolled at the standard level. A fraud rate above 1.8% will result in enrollment at the excessive level.

Visa tracks fraud-related chargebacks and TC40 data to determine which merchants should be placed into the VFMP.

While the numbers might look the same as with the VDMP, note that Visa calculates a merchant's fraud rate using the total dollar amount of fraudulent transactions to legitimate ones instead of simply the number of transactions.

Just like the VDMP, however, the VFMP also has a minimum amount that must be exceeded to avoid unduly punishing very small businesses and an early warning threshold where Visa will notify the merchant that they're at risk of entering the program if they don't reverse course. The fraud program also only counts the first 10 instances of fraud for a given card number.

In the United States, merchants who use 3-D Secure (also known by its branded name, Visa Secure) are subject to an additional program, VFMP-3DS, which tracks the fraud rate of transactions that use the technology.

When enrolled in VFMP-3DS, merchants lose some of the fraud liability protections associated with 3-D Secure.

What Are the Fines Merchants Can be Charged Under the VFMP?

These fees increase the longer a merchant stays in the VFMP.

After four months at the standard level or immediately at the excessive level, merchants are also eligible to receive chargebacks under reason code 10.5: fraud monitoring program.

After twelve months in either the standard or excessive programs, Visa may exercise their right to take away the merchant’s ability to process Visa payments. Merchants in the excessive program may also be subject to additional fines.

How Do I Get Out of the VFMP?

Merchants can get out of the VFMP by staying below the standard fraud threshold of 0.9% for three consecutive months.

Visa will query merchants about which anti-fraud tools they are using and ask the merchant to submit the fraud remediation plan that they worked out with their acquirer.

Merchants should take a second look at any anti-fraud tools they do not yet use and look into adopting them. Customer service staff should also be trained to recognize the warning signs of fraudulent transactions. Of course, merchants must also follow the specific guidelines they decided on with their acquiring bank.

While these monitoring programs can provide merchants with specific assistance in identifying chargeback root causes and developing effective prevention plans, the fines and penalties are quite severe and best avoided.

The best way to get out or stay out of these programs is to devote the necessary resources toward investigating the root causes of disputes and fraud before they become a serious problem, and to make use of the right tools, business practices, and third-party solutions to prevent and fight them. If you need help, contact us and we'll let you know what we can do to address your dispute or fraud issues.

What Does Chargebacks Over Threshold Mean?

A chargeback threshold is a stringent cap on a merchant’s chargeback ratio each month. Exceeding it can lead to severe consequences.

How Is a Chargeback Ratio Calculated?

TC40 data is a report from Visa on consumer fraud claims on their network. It can provide invaluable insight for merchants accepting Visa payments if their acquiring bank is willing to provide the information. 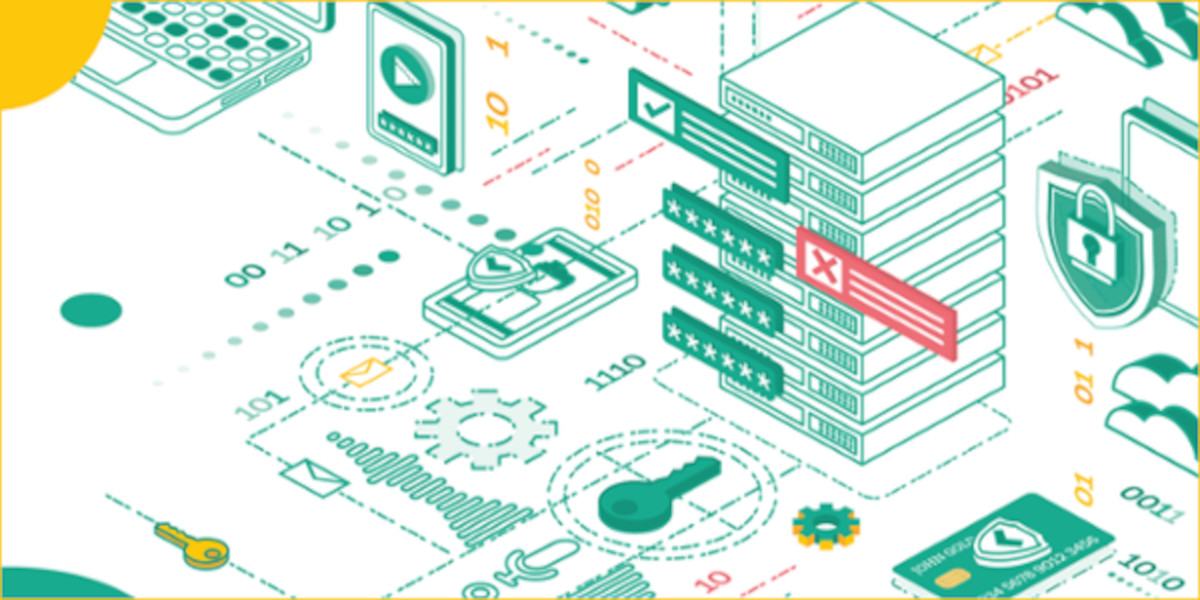