Difference between Chargebacks and Disputes 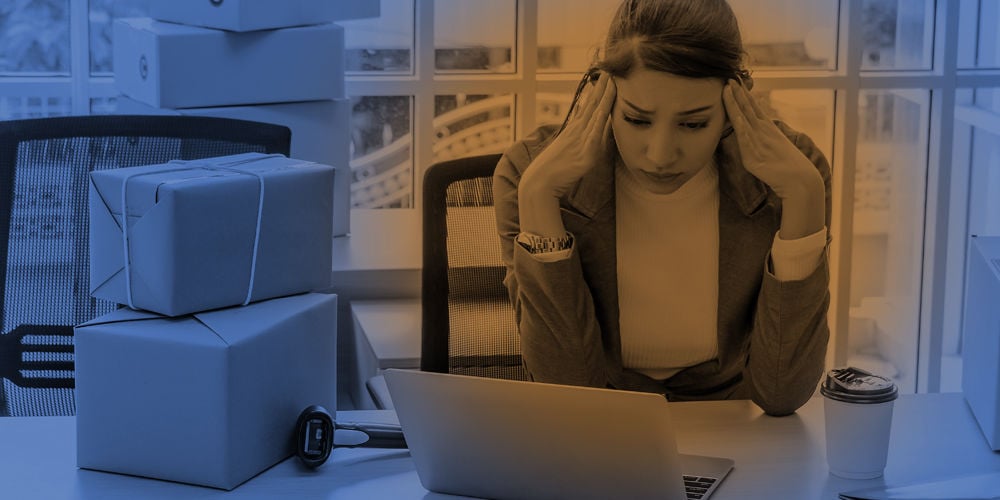 One of the frustrating things about chargebacks is that each individual card network has its own terminology for talking about them. For example, the part of the process where the merchant tries to get the chargeback reversed—by re-presenting the charge along with evidence to support it—is commonly called representment. However, Visa now refers to this as a "dispute response," and Mastercard calls it "second presentment."

Similar confusion exists around the term "dispute." Sometimes the word is used interchangeably with "chargeback," while other times it refers to a specific part of the chargeback process. What do people mean when they refer to a dispute, and what's the difference between a dispute and a chargeback?

What's the Difference Between a Dispute and a Chargeback?

Visa now officially uses the word "dispute" as a strict replacement for what's usually called a chargeback. In most cases, however, a dispute is when a cardholder contests a charge on their account, which may result in the issuing bank granting a chargeback.

The most common chargeback-related context in which you'll see the word dispute used is when talking about a cardholder disputing a charge. This refers to the initial step of the chargeback process, when a cardholder calls their bank and asks for a particular charge to be reversed.

Once the customer has given their explanation for the dispute and provided any supporting evidence they have available, the bank will decide whether or not that dispute will become a chargeback.

Banks will usually grant their customers' requests for chargebacks, but if the reason for the dispute clearly falls outside the list of legitimate reasons for which a chargeback may be filed, they may reject the request and tell the customer they must work things out with the merchant.

That's not the only way you'll see the term used, however. Sometimes the word dispute is used interchangeably with the word chargeback to refer to the entire process, from start to finish. For example, Visa's official documents use the word dispute instead of chargeback.

You may occasionally see someone refer to a merchant "disputing a chargeback." In this context, the word dispute isn't in reference to any sort of specific terminology, it's just being used as a plain English word to describe the process of fighting a chargeback through representment.

Now that we're clear on what these terms mean, let's see them in action. A brief summary of the process for handling disputes and chargebacks should serve to clarify any remaining confusion, as well as to give those who are new to the world of chargebacks some valuable info.

How Do Credit Card Disputes Work?

Credit card disputes begin when a customer doesn't recognize a charge on their account or believes a merchant has failed to hold up their end of the sales agreement. When they dispute the charge, their bank will decide whether to initiate a chargeback.

When a customer disputes a charge they don't recognize, it's often the result of simple confusion. The purchase may have been made by another authorized user such as a family member, or the customer may have forgotten about a recurring charge they signed up for. A billing descriptor that doesn't match the customer-facing name of the business can also result in this kind of mix-up.

In other cases, the customer may have been a victim of true fraud. When this happens, the merchant has no choice but to accept the chargeback. After all, that's the exact situation the process was created for.

Some disputes instead begin with a customer who feels, accurately or not, that they didn't get what they paid for. Products being lost or damaged during shipping are a common cause here, but these situations can almost always be resolved by contacting the merchant to request a refund. Customers are required to attempt to contact the merchant to resolve these issues before disputing a charge.

If the cardholder can't get in contact or come to an agreement with the merchant, their next step is to contact their issuing bank. The bank will try to help them obtain more details about the source of the charge and ask if they attempted to resolve things with the merchant.

If the cardholder maintains that they were unable to do so and they still wish to dispute the charge, the issuing bank will give the cardholder a temporary credit and send the dispute information to the card network to pass along to the acquirer associated with that merchant. This is the point at which the dispute becomes a chargeback.

In some cases, most commonly with American Express purchases, the issuing bank may send the merchant an inquiry when a customer disputes a charge rather than immediately initiating a chargeback. This gives the merchant a chance to provide documentation proving that the charge is legitimate before the dispute becomes a chargeback.

Merchants should always respond to these inquiries promptly. Failing to do so will cause the issuing bank to escalate the dispute to a chargeback, resulting in fees and other consequences that the merchant could have avoided.

What Happens When a Dispute Becomes a Chargeback?

Most of the rules governing chargebacks have been developed by the four major card networks: Visa, Mastercard, American Express, and Discover. Once a dispute becomes a chargeback, banks and merchants must follow these rules carefully in order to ensure a fair and correct decision.

When a chargeback is initiated, the issuing bank assigns it a reason code. Each card network has different reason codes, but they all amount to a simple alphanumeric indicator that explains the reason for the chargeback.

While these reasons can get quite specific, many of them can be categorized as either fraud (charges made against stolen cards or credentials), or authorization and processing errors. The rest, which Visa calls “consumer disputes,” deal with disagreements and confusion between the cardholder and the merchant, and tend to be less straightforward to resolve than disputes originating from the other two categories.

When a dispute becomes a chargeback, the merchant is held liable by default. That means that if the merchant wants to fight the chargeback and get their money back, they have to provide evidence that the charge was legitimate and the customer's claims are false. If they ignore the chargeback, it will automatically be decided in favor of the cardholder, and they may have to pay an additional non-response fee.

Although banks will sometimes exchange information that allows them to resolve chargebacks in the merchant’s favor very early in the process, by the time the merchant receives notice of the chargeback it's too late for that. The merchant must either acknowledge and accept it or make an affirmative choice to fight the chargeback (which, confusingly, might be referred to as “disputing” the chargeback itself).

How Do You Fight a Chargeback?

If a merchant chooses to fight a chargeback, it will proceed to the next stage of the chargeback process: representment. Representment refers to the merchant fighting the chargeback by “re-presenting” the disputed charge along with evidence proving that the charge was legitimate.

The issuing bank will review this evidence and make a decision based on the merits of the claim. After a decision has been made on the representment, that might be an end to the dispute, but there’s still an opportunity for any of the affected parties to appeal it further to the judgment of the card networks.

The first step in this appeals process is called “pre-arbitration,” in which the banks get one more attempt to work things out on their own. If this fails, the case proceeds to arbitration. The card network will review the evidence and make a final decision, and whoever loses in arbitration will have to pay hundreds of dollars in fees.

What Is a Chargeback Ratio?

As merchants who've had to deal with them are all too familiar, there are many costs associated with a chargeback. There's the lost revenue of the transaction itself, the chargeback fee, and the cost of any merchandise purchased by the customer. However, chargebacks also have less visible costs.

Since chargebacks usually indicate a lost customer as well, you may have sunk costs in marketing, sales, and customer service to account for. There’s also another aspect of chargebacks that can have a significant impact on your bottom line: Your chargeback ratio.

To encourage good business practices that prevent chargebacks, both card networks and payment processors have certain thresholds that a merchant's chargeback ratio must not exceed.

For example, Visa's threshold is 0.9%. Merchants who go over that threshold may face higher fees, fines, and may even have their accounts terminated. At that point, the only way for them to continue processing credit card payments is to sign up with an expensive “high risk” payment processor.

When Should Merchants Accept Chargebacks?

The one universal reason to accept a chargeback is if it's the result of true fraud. If the cardholder is clearly the victim of something like credit card fraud or account takeover fraud,  the merchant is required to accept the chargeback.

Another common reason to accept a chargeback is when the transaction amount is small enough that it doesn't justify the cost. Fighting a chargeback takes time, and time is money. While there are additional costs to chargebacks, it may not be worth fighting them when the revenue that would be recovered is minimal.

How Can Merchants Prevent Disputes From Becoming Chargebacks?

Merchants can prevent disputes from becoming chargebacks through the use of deflection tools like chargeback alerts or Order Insight and by making sure their billing descriptor is clear and includes customer service contact information.


Anytime you have a conflict with a customer over a transaction that has already occurred, you’re in the middle of a dispute. The good news is, not every dispute will turn into a chargeback.

When customers come to you first, before contacting their bank, you have a golden opportunity to resolve the situation in an amicable way that will make the customer happy. That benefits your relationship with that customer, your overall reputation, and best of all, it prevents a nasty chargeback from occurring.

When disputes do turn into chargebacks, remember that it's usually in your best interests to fight them to the best of your ability. Fighting chargebacks helps you learn about why they’re happening, what pain points your customers are experiencing, and what you can do better in the future to stop similar disputes from happening again.

Is a Dispute a Chargeback?

No, but it can become one. A customer can dispute a charge, and it becomes a chargeback if they work with their bank to force a reversal of the transaction. However, some organizations use the terms interchangeably.

Do All Chargebacks Hurt Merchants?

In some ways, yes. Chargebacks come with fees and count against the merchant’s chargeback ratio regardless of a win or loss. Likewise, they can cost a lot of money in terms of lost revenue and overhead. 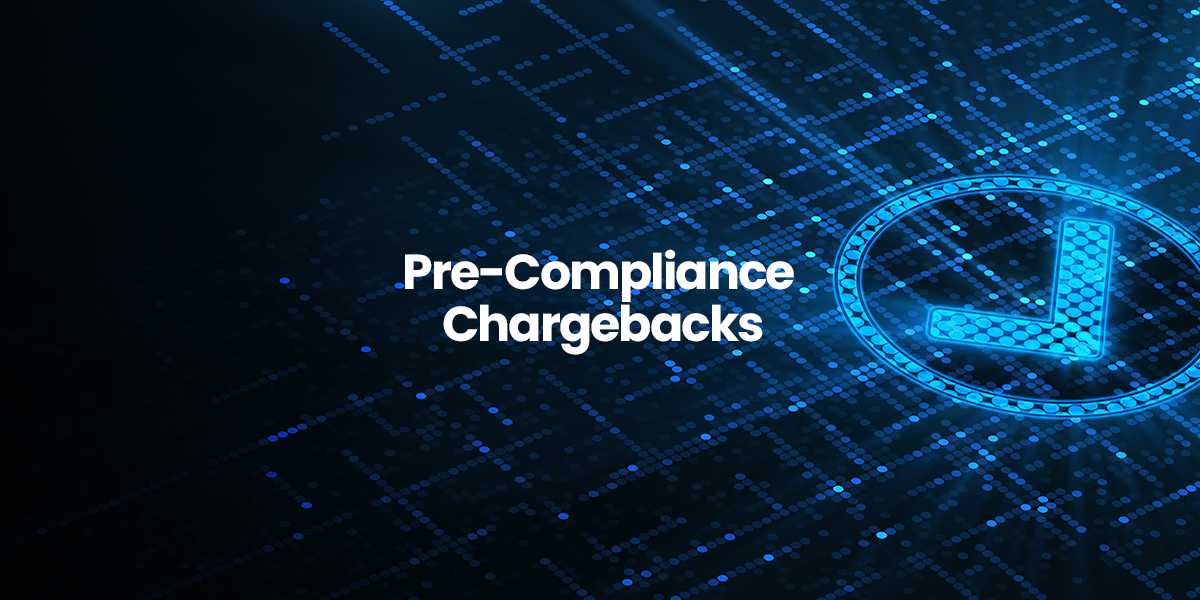